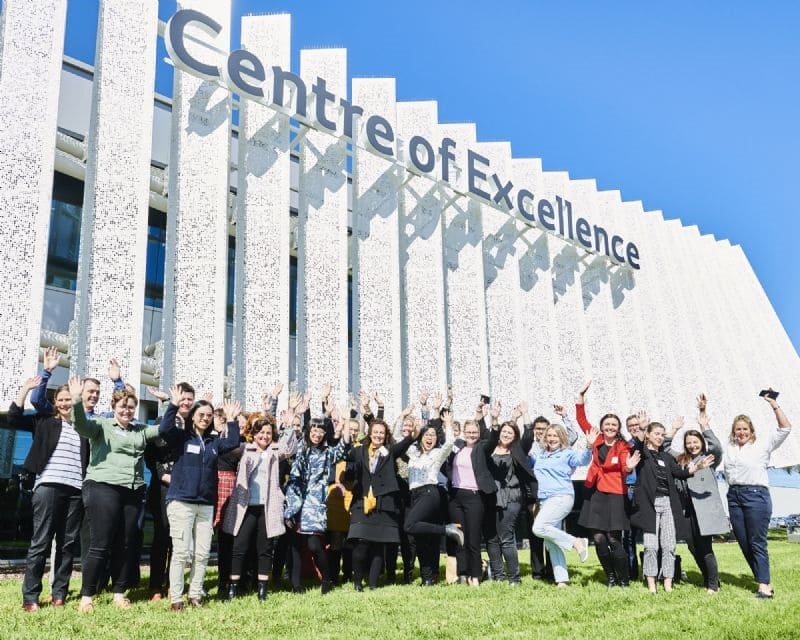 Toyota Community Trust has marked two years since its inception with a meeting of all beneficiaries, sharing learnings and celebrating the milestone at the Toyota Centre of Excellence in Altona.

Initiated through a $32 million endowment, the Toyota Community Trust was created by Toyota Australia in October of 2017 to honour the legacy of its proud history of local manufacturing in Australia.

Since its creation, the Trust has provided over $1.5 million dollars’ worth of grants to 21 beneficiaries to encourage and inspire young people in Melbourne’s West to pursue further study and careers in Science, Technology, Engineering and Maths (STEM).

The beneficiaries of grants provided by the Toyota Community Trust are making a difference in the next generation through a number of STEM related projects. For example, the Trust’s very first grant recipient, Western Chances, has provided 54 scholarships to students aged 12-25 years using Trust funding, resulting in a long-term impact on the lives of many talented and motivated young people in Melbourne’s West.

The two-year milestone of the Trust coincides with the announcement of the latest round of grant recipients: Australian Science Innovations, Science Gallery Melbourne, Robokids and Little Scientists Australia.

Robokids runs STEM robotics workshops in schools and previously ran a successful project in schools in Melbourne’s West using a grant from the Trust. Toyota funding will give Robokids the ability to continue to bring robotics to life through an additional two projects- a program in the new Footscray Learning Precinct in Melbourne’s West and a program including schools in Sydney’s Campbelltown region who are underrepresented in STEM and robotics education.

Chairman of the Toyota Community Trust, Mike Rausa, congratulated the latest grant recipients and reflected on what has been achieved to date.

“At Toyota we’re passionate about championing the next generation of STEM talent and the Trust has supported 21 beneficiaries during the past two years to run projects in this area. Toyota is proud to support young Aussies to pursue careers in STEM and we look forward to seeing what can be achieved in the future with the learnings from these projects,” he said.

About the Toyota Community Trust

The Toyota Community Trust was created by Toyota Australia in October of 2017 to honour the legacy of its proud history of local manufacturing in Australia.

Initiated through a $32 million endowment, the Trust aims to encourage young people in Melbourne’s West to pursue further study and careers in STEM. The program has now been extended to include projects located in Western Sydney and Albury-Wodonga.